Jay Lycurgo will be playing Tim Drake in the HBO Max Titans series. 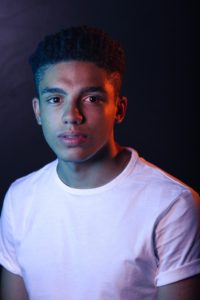 Titans has found their Tim Drake for Season 3 which will be going directly to HBO Max.

With Jason Todd (Curran Walters) becoming the Red Hood, and Dick Grayson (Brenton Thwaites) now Nightwing, it was only a matter of time before the role of comics’ best Robin would come into the show. (Yes, Damian stans, it has been said.)

Jay Lycurgo (I May Destroy You) has landed the coveted role for the third season which is as of yet still unscheduled.

Tim Drake on Titans is described as is described as “a streetwise kid who’s managed to grow up on the toughest streets without losing his indelible belief in heroism. His easy-going demeanor is backed up by a near-genius mind, a natural detective with a perception of detail far beyond his years.”