The Complete First Season of DC’s Stargirl hit stores and online retailers earlier this week, and Warner Bros. Home Entertainment has provided KSiteTV with a copy to review! Sadly, there’s not a lot by way of extras, but we will get into that. Let’s go on to the review:

Episodes: The 13 episodes on this set are the real reason to get this set. If you didn’t watch Stargirl on DC Universe you might not have seen the show in high definition before, which is a shame because it is beautiful. Really crisp picture with movie-quality visual effects. I am very impressed.

As for the show itself, Stargirl is based on the Courtney Whitmore character co-created by Geoff Johns and Lee Moder for the Stars and S.T.R.I.P.E. comic book series years ago. Actually, I’ll just provide the official write-up which explains it better than I could:

Focusing on the character that started creator Geoff Johns’ career in comic books, when he created her, lovingly inspired by his late sister who was killed in a plane explosion, new DC drama series, DC’s Stargirl follows high school sophomore Courtney Whitmore (Brec Bassinger) as she inspires an unlikely group of young heroes to take up the legacy of a long-lost Super Hero team – The Justice Society of America – and stop the Super-Villains of the past.

The best thing about this series is that you have genuine heroic aspirations from the characters. So often, a young superhero is defined by his or her love interest, whereas Brec Bassinger’s Stargirl is inspired more by what she sees as the legacy handed to her. She’s a good person, as are many of the others who enter her orbit. Filming in Georgia gave Stargirl a different look than most of the Vancouver-based CW superhero shows, and I can’t say enough good things about the production design.

There’s a lot that can be taken as clever in this series. For example, “Injustice Society” isn’t just a name that is “the opposite of the Justice Society.” While my earlier reviews complained that a lot of the adult men in the ISA looked alike, they were fleshed out very well as the season went on.

The show also gets points for diversity among its young people, without feeling forced. It’s not just a bunch of white kids saving the day. Also, the cast of characters is so enjoyable to watch.

In addition to superhero action, there’s family, and it is enjoyable to see, especially, Courtney’s interactions with her stepfather Pat Dugan.

One of my best friends has a young daughter who enjoyed the show as much as I did at several times her age. It’s a show for the whole family. With that said — I was a bit disappointed that, without any kind of label, this set, having used the DC Universe versions, used some salty language – at least in the early episodes – that we didn’t hear on The CW airings. As they were kind of unnecessary, it might’ve been better to clean up a bit, as this is the most “all ages” of a series one can share and recommend.

Extras: This set has no extras. None. At all. Which is a shame, since the cast and creators are so attuned to fandom. Surely one of their promotions they did for the show could be on here? Or some of the featurettes The CW released? But, no. No extras. Bummer. A deep dive into the history of the Justice Society from the comics with Geoff Johns would have been amazing.

Packaging & Design: The box art looks great. Showing the whole JSA might be a spoiler, but it was in enough press material for the show, it can slide.

Is It Worth It? This is a charming series so deeply rooted in DC lore. The first season was a fantastic watch and would be a lot of fun to binge. I’m disappointed about no extras on this set, but again, it looks so great on Blu-ray it’s still worth owning – especially at such a low base price.

Order your copy of DC’s Stargirl: The Complete First Season on Blu-ray and support KSiteTV! 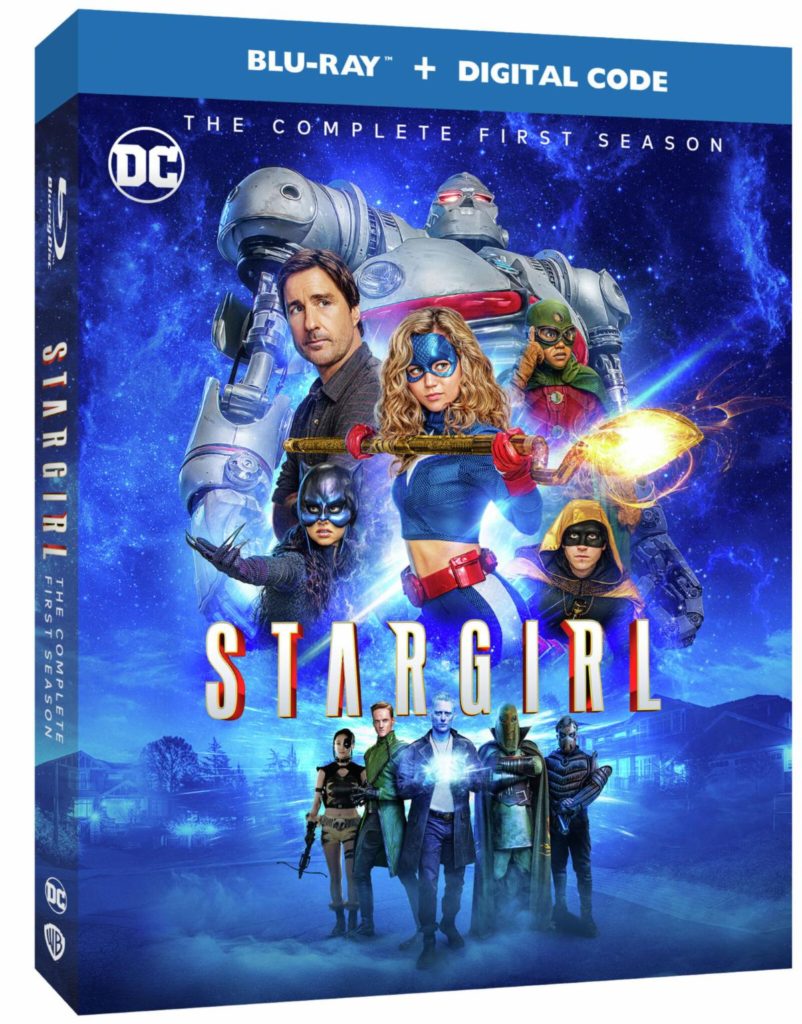 DISCLAIMER: Warner Bros. Home Entertaimment provided KSiteTV with a free copy of this set. Opinions and reviews of this set are our own.