FEARnet's Reaper reunion will air in late May. 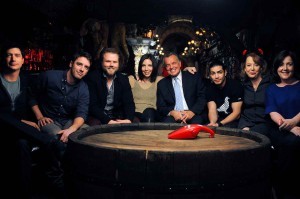 FEARnet has set an air date for their Reaper reunion, and if that’s not enough, some photos from the event have now been released, and it looks like they had a Devil of a time! (Sorry… couldn’t resist)

We’ll have some Reaper features here at KSiteTV before then, but in the meantime, check this press release and photos that FEARnet put out today:

The reunion special will air on Tuesday, May 28, setting the stage for REAPER‘s FEARnet debut on Tuesday, June 4, at 9 p.m. ET/6 p.m. PT, as part of the Network’s Twisted Comedy block, which also features the FEARnet original half-hour comedy series HOLLISTON. Additionally, the special will be available for viewing on the FEARnet website starting Friday, May 31st, and VOD on Saturday, June 1st. It will air again on the Network on Tuesday, June 4, at 8:30 p.m. ET. FEARnet has licensed both seasons of the hour-long series, for a complete 31 episode order.

Four years later, the wildly popular cult hit still enjoys a rabid fanbase—many of whom feel the series was cancelled much too soon. These same fans will be delighted to see their favorite stars brought together, once again, as the amiable cast openly discusses many behind-the-scenes anecdotes and stories from their time on set. The cast’s favorite memories—such as Sock’s lusty encounter with Gladys; the creators’ insider info that comedic icon Louis C.K. originally auditioned for the part of the Devil; and whether or not the team would be open to a Kickstarter campaign to resurrect REAPER, are just a few of the things fans can expect to glean from the special.

“I’m so happy that FEARnet is doing this,” said Ray Wise, who played the Devil on REAPER. “It really warms my heart having us all back together again.”

The quirky series focuses on the life of Sam Oliver (Harrison), a college drop-out who, on his 21st birthday, learns that he now must work as a bounty hunter for the Devil (Wise), as part of a deal made many years ago when Sam’s parents offered up their firstborn son in exchange for good health for the ailing father. Tyler Labine (TUCKER & DALE VS. EVIL) and Rick Gonzalez (COACH CARTER) play Sam’s slacker friends who help him in his new secret double-life of ‘reaping’ souls, using a Dirt Devil vacuum cleaner, as well as other modern household items.

FEARnet is a multi-platform programming service delivering original and acquired horror, thriller and suspense content as a cable TV movie network, a video-on-demand outlet and web portal. FEARnet, a partnership among Sony Pictures Television, Lionsgate Entertainment and Comcast Corporation, features a robust lineup of popular titles from major film studios and independents, encompassing 300 plus movie titles a year, including 14 world television and 22 theatrical broadcast premieres. The Network is distributed to U.S. cable subscribers across the country on various systems and is often ranked as the number-one free HD VOD movie service available in more than 27 million homes. The website, FEARnet.com, ranks as one of the most popular sites in the genre category among total uniques and duration per visit. Follow FEARnet on Facebook and Twitter (@FEARnet). For more information about the company, visit www.FEARnet.com

Here are the pics: 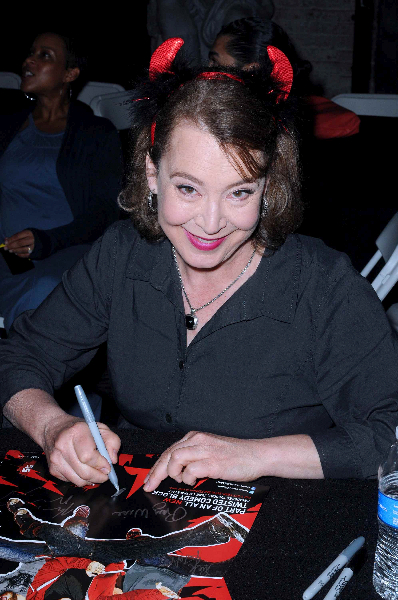