Pennyworth descriptions with spoilers for Episodes 1 through 5 have been released by EPIX.

The EPIX original drama based on the younger years of Batman’s trusted butler, Pennyworth, launches July 28. If you’re curious what the first half of the season entails, they have also released official descriptions for Episodes 1 through 5.

Here’s what’s coming up. The first 5 episodes are all written by Bruno Heller (Gotham).

The series debuts with the introduction of Alfred Pennyworth (Jack Bannon), a young man just out of the English air service and at loose ends, endeavoring to start a security company.

Alfred (Jack Bannon) turns down an offer from billionaire businessman Thomas Wayne (Ben Aldridge), and instead accepts an assignment that positions him in the crosshairs of one of the East End’s most dastardly figures.

Alfred (Jack Bannon) and Martha Kane (Emma Paetz) take a train ride into the countryside on an assignment, while tragedy strikes in London. 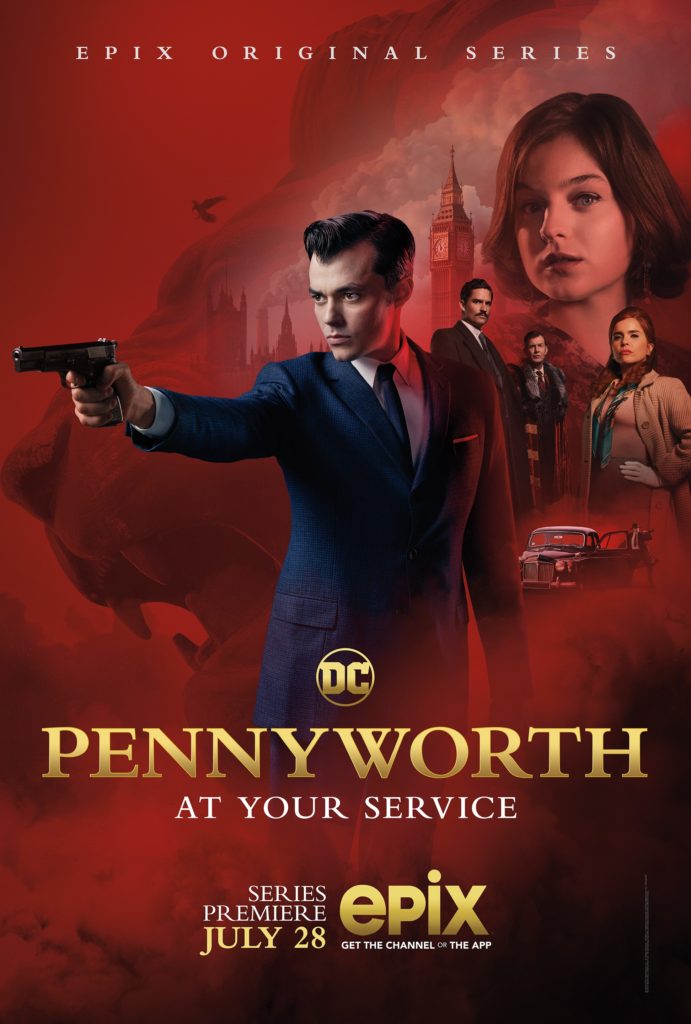