In TV history, a “backdoor pilot” is when a potential spinoff is teased during the series it is spinning off from, with episodes suddenly focusing a lot on a character you already know, or, in some cases, a character you’ve never met. One such “backdoor pilot” airs tonight as an episode of Black Lightning — and it is certainly someone audiences of that series know, as it focuses on Jordan Calloway‘s Khalil Payne and his alter ego of Painkiller. If fan reaction and ratings are good, this could be the first of many adventures for these characters and the new supporting cast that is introduced tonight. 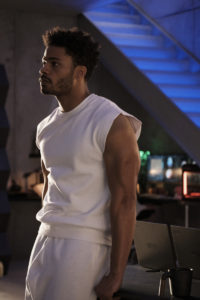 Khalil was introduced in the very beginning of the run of the TV series of Black Lightning, and while it seemed a few times that he was dead, horribly injured, or leaving the show, he always managed to come back, to the satisfaction of fans who really loved the character who was originally created for comics by Tony Isabella for the mid-1990s Black Lightning comic book revival. Calloway, already a favorite from his appearances on Riverdale, Unfabulous, and Black Lightning, has long been leading-man material and this is his chance to shine.

In speaking with Jordan Calloway for an interview to promote tonight’s episode, we found out that he learned about the possibility of a Painkiller spinoff during the time last year when everyone was indoors for COVID, taking the time to build a deck on his home. A phone call from Black Lightning showrunner/developer Salim Akil came through, and that was when Jordan found out that the producer was pitching the idea of a Painkiller spinoff.

“I was not expecting it,” Jordan recalled. “It was the biggest, best news to hear during 2020, and I was just filled with so much joy.”

As an actor, what is it like to play two characters – Painkiller and Khalil Payne – who are so different from one another? “It’s challenging, but it’s fun, and the reason it is so fun is because I consider myself like an orchestrator. I’m so grateful when the directors let me come in and do those scenes, where they let me run it one way as I’ve been working on it as Khalil [opposite] my Painkiller double,” Jordan said.

“It’s a lot of fun, but it also feels more creative in a way, because the challenge is, how are you going to keep the audience engaged and coming back when they’re really only seeing your face twice? But it’s really fun because you get to play off yourself, and it really just comes down to how well you know each of the characters,” Jordan continued. “What is the voice of Painkiller vs. the voice of Khalil? What are their mannerisms? What are their different tics? What are the different words that might trigger? I also wanted to equate the post traumatic stress with each individual because both of them are warriors. You see that with soldiers that returned home from war. It’s very detailed, but very creative in the same way.”

One highlight of tonight’s Painkiller backdoor pilot is the reveal of Akashic Valley – a colorful, futuristic place with a bit of an “Afro-centric punk vibe” to it. Our initial impression is that it looked like Madripoor from The Falcon and the Winter Soldier; Jordan pointed to Blade Runner and Altered Carbon as visual influences, saying that Black Lightning production designer Jay Vedder “blew everybody’s minds” with the design. “It’s absolutely beautiful,” Jordan praised. 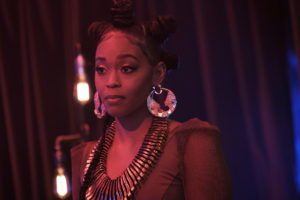 While actors like Cress Williams are not present for tonight’s installment, we do see Anissa Pierce (Nafessa Williams) and Grace (Chantal Thuy) in Akashic Valley, and there may be other surprise appearances in the pilot as well. Jordan promises that there should be some “closure” to the way Anissa and Khalil interact, after so long of being in contention, where she’s been the big sister looking out for Jennifer. With that said, there is a gateway for growth and a new friendship between the characters, so fans can look forward to seeing the two of them on screen together. “I love her, so being able to have that was great,” Jordan said. And while Khalil is on a new journey starting with tonight’s “Painkiller” episode, he will still be present in Black Lightning for the rest of its fourth and final season.

Finally, knowing that Jordan Calloway is a big fan of comics himself, is there any character he would like to see Khalil interacting with on a potential Painkiller series?

“Well, for one, I love my girl Javicia [Leslie], so Batwoman definitely has to happen. I’ve got to see a crossover over there; that’s one I would love,” Jordan answered. “I’m not sure how likely this will happen, but Stephen Amell [Green Arrow]. He set up the whole Arrowverse. I’ve always been a fan since [Arrow] first came out. Deathstroke. But going more into the nerddom of me, I would love to see the Checkmate world. We’ve seen the ASA, but I would love to see that secret [DC] organization, because they’ve got some heavy hitters. I’ve always considered myself to be a Rook or a Knight, but that’s just me,” he speculated.

As for Painkiller as a series, Jordan has spoken with Executive Producers Salim Akil and Charles D. Holland and there are definitely things they would like to see in the show. “The main thing we really want to be able to get across or to showcase in the show is what it is be a black young Black man dealing with these personal issues, personal traumas, personal mistakes, and faults, and coming to terms with them. My grandfather would say ‘don’t let your past paralyze your future.’ So for me playing this character, I want to see both Khalil and Painkiller come to the acceptance of one another. Not just accepting each other for who they are, but also sharpening one another as well. Therefore, what the final product of whoever Khalil and Painkiller are, they become as one; a force to be reckoned with,” Jordan said.

“I feel that would only really take root after about maybe the 12th season. So once we get to there, then we can ask this question again,” Jordan joked.

You can see a trailer and preview images for “Painkiller” below. Don’t miss this very special episode of Black Lightning at 9PM ET/PT April 12 (TONIGHT) on The CW.

PAINKILLER — Khalil Payne (Jordan Calloway) is a young man ridden with the guilt of his troubled past from his former life in Freeland City, where, as a super-enhanced killing machine known as Painkiller, he was both a member of Tobias Whale’s gang and a weapon of Agent Odell and the shadowy ASA. After attempting to bury the darker, devastatingly lethal Painkiller part of his persona, Khalil has distanced himself away from everyone he knows and loves in a new city, Akashic Valley, in order to find peace — but peace never comes easy for men with pasts like Khalil Payne and Painkiller. As his violent, destructive history crashes his idyllic new beginning, Khalil is thrusted back into action with a new mission – bring justice where he once gave out punishment — but to do that, he will first have to deal with and harness his darker side, Painkiller. The episode was written and directed by Salim Akil (#407). Original airdate 4/12/2021. 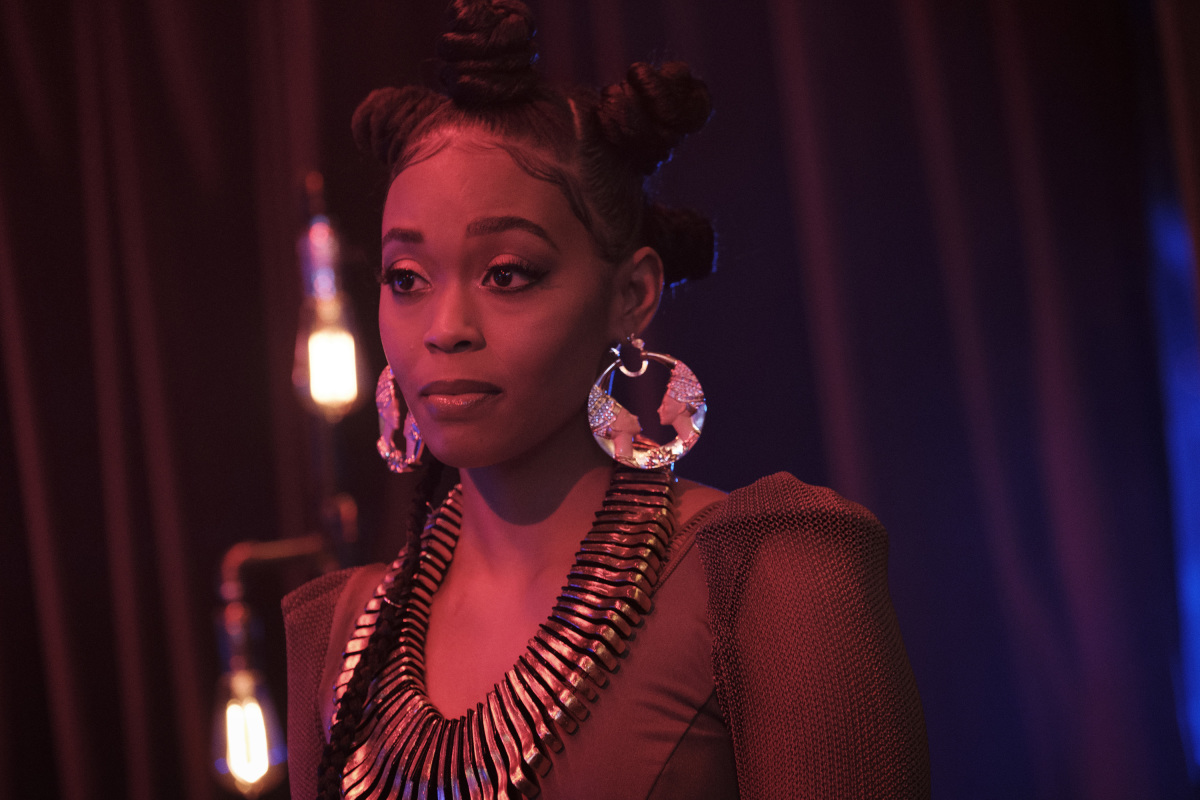