The CW has released a first look photo of Kaci Walfall starring as Naomi in the TV series based on the DC comic book.

The CW has released an official first look photo of Kaci Walfall as the lead character Naomi McDuffie from their upcoming Naomi TV pilot which is in contention for a spot on The CW’s 2021-2022 schedule. Naomi is based on the comic book series co-written by Brian Michael Bendis and David F. Walker with breakout artist Jamal Campbell.

The official promo shot is based on the cover for the very first issue of the Naomi: Season One comic book (check out the trade paperback here – you won’t regret it!)

The TV series is from award-winning executive producer Ava DuVernay and Arrow’s Jill Blankenship for ARRAY Filmworks in association with Warner Bros. Television. It follows a teen girl’s journey from her small northwestern town to the heights of the multiverse. When a supernatural event shakes her hometown to the core, Naomi sets out to uncover its origins, and what she discovers will challenge everything we believe about our heroes.

In addition to DuVernay and Blankenship, Sarah Bremner and Paul Garnes also serve as executive producers. The pilot was directed by Amanda Marsalis. You can check out the first look photo below, and be sure to follow KSiteTV’s Naomi news account at @NaomiDCTV on Twitter for the latest updates related to the show! 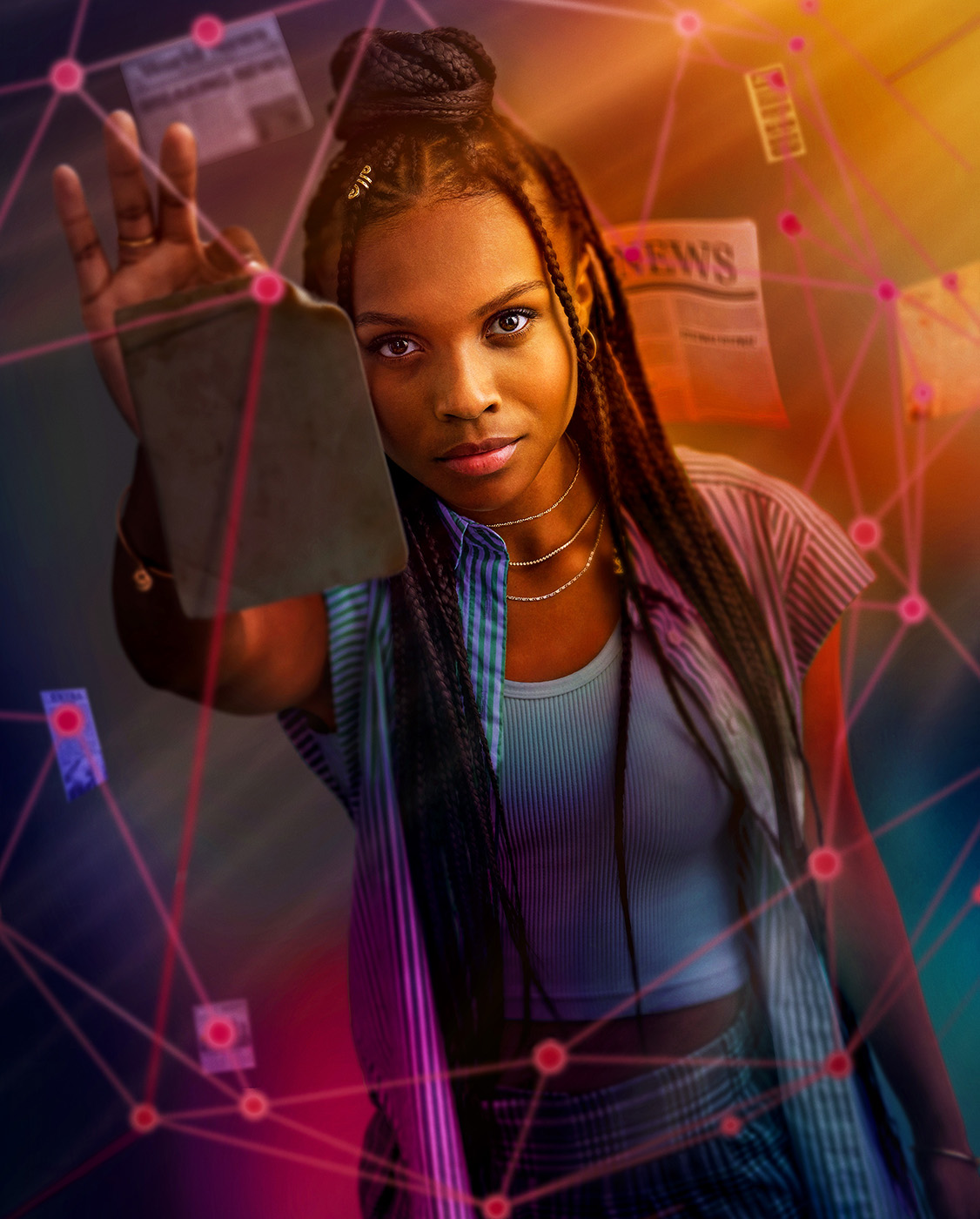