Barry Watson of 7th Heaven fame is one of five new cast members announced today for The CW’s Naomi pilot based on the DC Comics character of the same name. Amanda Marsalis (Queen Sugar, Ozark) has also been named as the director and co-executive producer of the pilot which comes from Warner Bros. Television and Ava DuVernay’s Array Filmworks. As previously announced, Kaci Walfall is playing the title character of Naomi.

Here are all five of the cast members announced today:

Greg is Naomi’s adoptive father, a veteran military officer who is serious about his responsibilities at the town’s military base. He is happily married to Jennifer and sees Naomi as the perfect daughter. 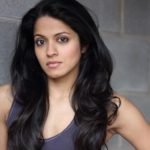 Mouzam Makkar (The Fix) as Jennifer

Makkar’s Jennifer is Naomi’s adoptive mother, who dotes on her bright and gifted daughter. She is happily married to Greg and teaches linguistics at the town military base. 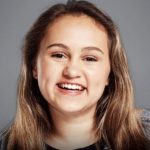 Annabelle is Naomi’s fiercely loyal classmate and best friend who is unafraid of telling Naomi hard truths. Though she thinks Naomi is overly obsessive about a recent mysterious event, she supports her in her quest for answers. 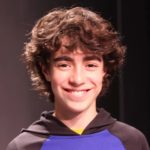 Sweet, shy, and a bit nerdy, Jacob has been dating Annabelle since the fifth grade, and he treats her like a queen. 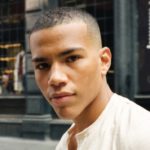 Daniel Puig (The System) as Nathan

Nathan is a high school jock who briefly dated Naomi before she ended the relationship. Though the two remain friends, they still share an undeniable chemistry, and Naomi’s interest in another teen sparks Nathan’s jealousy.

Ava DuVernay is writing and executive producing Naomi with Arrow’s Jill Blankenship. Follow our Naomi Twitter feed at @NaomiDCTV for more updates as they come in!