To be fair, the initial logline and trailer for NBC’s new series Manifest (premiering at 10PM ET/PT tonight, September 24) looks like something we’ve seen before. There’s a little bit of a LOST vibe but also some echoes of ABC’s short-lived but fairly good series Resurrection that aired a few years back, and there’s a vibe of The 4400 also, if you happen to remember that. We’ve seen these stories before, though if there’s a decent twist, it won’t be the same thing all over again.

Watching the trailer, we see the concept: People get on a plane and don’t arrive until a few years later, returning to a world where their families have moved on, but they haven’t aged a bit. Imagine the real-life scenario if the Malaysian Airlines flight that went missing a few years ago suddenly showed up.

Fortunately for those worrying it’s a retread, upon watching Manifest I can happily say it doesn’t feel like the same old thing, and a big reason for that is that they seem to pull from the recent NBC This Is Us playbook of building a series around character rather than focusing just on the high concept. If you can care about these characters and their challenges, you’re sold. It helps that the series is led by familiar faces including Once Upon a Time’s Josh Dallas. More somewhat sci-fi things come to the surface within the first episode, which still leaves us with very little by way of answers. The sci-fi stuff might come as a surprise to those who were expecting the series not to be a genre show; it’s presented in a way that non-genre fans will still be able to follow and enjoy, though, which might be a smart route to take.

I might go so far as to say Manifest was my favorite drama pilot for the Fall, though to be fair, there weren’t a lot of dramas I was that into. But with engrossing writing, a good cast, and a mystery to keep us paying attention, it worked for me. And unlike some of these high concepts and the LOST clones that all came out a decade ago, I have a feeling Manifest breaks free from though that it will last long enough to have its mysteries answered. It’s interesting that ABC’s A Million Little Things is billed as their This Is Us, because it’s this series that seems to have more of that DNA, and the show ultimately resembles This Is Is more than it seems like LOST, The 4400, or Resurrection which came before.

Preview images for the series premiere can be found below. 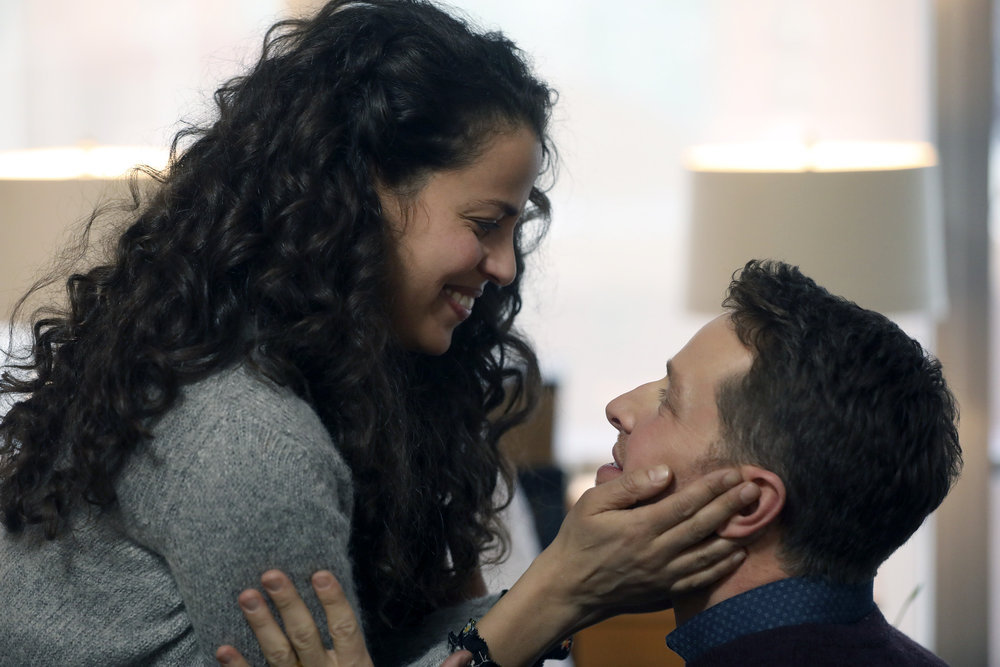 When Montego Air Flight 828 landed safely after a turbulent but routine flight, the crew and passengers were relieved. Yet in the span of those few hours, the world had aged five years and their friends, families and colleagues, after mourning their loss, had given up hope and moved on. Now, faced with the impossible, they’re all given a second chance. But as their new realities become clear, a deeper mystery unfolds and some of the returned passengers soon realize they may be meant for something greater than they ever thought possible. From Robert Zemeckis, Jack Rapke, Jeff Rake and Jackie Levine comes an emotionally rich, unexpected journey into a world grounded in hope, heart and destiny.