Legacies Pilot Review: This Is The Part Where You Should Watch

In 2009, The CW’s big launch with most of their Fall promotion was Melrose Place, a reboot of a popular Aaron Spelling drama, while the show that ended up being their real hit among fans was The Vampire Diaries, a fantasy drama that on the surface looked like a rehash of Twilight but proved itself to be much more.

Nine years later, The CW’s big launch with most of their fall promotion has been Charmed, a reboot of a popular Aaron Spelling drama, but my personal favorite of their Fall launches is Legacies, a fantasy drama that on the surface looks a bit like Harry Potter but is definitely not that at all. 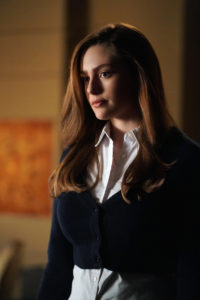 As The Vampire Diaries was the series to surprise people who gave it a look even though their first photoshoot was awfully Twilight-y, Legacies seems to also be primed to surprise, with a good mix of fantasy, a likeable young cast, and an established world for the audience to get into.

Confession (Julie Plec, this is the part where you run): I didn’t see much of The Originals’ final season until after I viewed the Legacies pilot. It’s not as though I didn’t like the series, the first spin-off of The Vampire Diaries; it’s more that in the months when it was airing, I got very distracted. As such, I never really got to “meet” Danielle Rose Russell’s version of “Hope.” In the end, that’s probably a good thing, because that meant that this show was [mostly] all new to me, as The CW is probably banking that most of the audience would feel. And you know what? I could totally follow it. Even someone with very little experience with the TVD universe will know and understand what it is going in. And as for Russell — keeping the franchise going aside, she’s such a talent that it’s no wonder The CW would immediately tie her down with a show of her own. Heck, I’m rarely even a shipper and her scenes with Landon (Aria Shahghasemi) help this first episode pop. As a tribrid, the “Hope” character has vampire, werewolf, and witch inside of her — and the knowledge that her bloodline could make her very dangerous. She has the likability of early Elena but has the potential to hide an inner Katherine Pierce if she’s not kept in check, but so far, all is good. 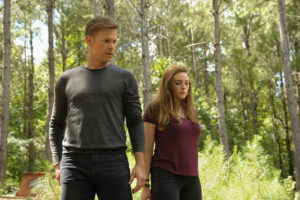 A very familiar face in the Legacies pilot is Alaric Saltzman as played by Matt Davis, who first appeared on The Vampire Diaries wayyy back in Season 1, got killed off, came back, and has been a part of that universe for a while now. But, even with all of those past appearances, I think Legacies has been some of Davis’ best work and the first time the Alaric character can truly be fleshed out. Although this is a show that focuses on “the kids,” it’s fascinating to see Alaric the father, the headmaster, and being the teacher that he was always destined to be. He’s not the only TVD character to make an appearance in the first episode — the immortal Matt Donovan (Zach Roerig) also drops in — but it’s so interesting to finally see Alaric’s perspective and story without distractions from others.

From the start of the pilot, we see the kind of show that [hopefully] it’ll be, with action happening within the first five minutes. For the uninitiated, you want to know who Hope is, and who the older guy with the crossbow might be. Through Landon, we have that “entry character” through whom we discover that world. His foster brother, Rafael (Peyton Alex Smith), is also an entry to that world, from a different perspective, as he is a supernatural being himself, being enrolled at the Salvatore School. (Side note: It is so cool to see the old Salvatore Mansion sets yet again!) A lot of this feels like the best kind of Young Adult novel adaptation without there actually being a YA novel, though echoes of L.J. Smith’s Vampire Diaries world still exist via characters like Alaric and Klaus. Oh, and like the Vampire Diaries and The Originals, this show, in the pilot at least, knows how to shock. Think “Not-really-Elena Gilbert cutting off Uncle John’s fingers” type surprises. 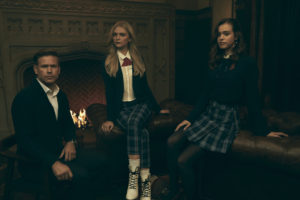 If there’s anything at all that I didn’t care for with the Legacies pilot, it is simply because I am in the wrong demographic, and that is that the relationship drama involving the Saltzman twins and their respective crushes/new love interests was something I didn’t get into at all. It’s a little hypocritical because I liked the Hope/Landon stuff too much, but this really gave me a feeling of “ugh.” But I’m out of the 12-34 age range, so technically I’m probably too old to “dare to defy” anyway. I will say I liked the actresses playing the twins (Kaylee Bryant and Jenny Boyd), especially after meeting and interviewing them; I’m just kind of over all that. It’s okay, though; not only am I not the target demographic for that sort of thing, but I also know shows evolve over time. The Originals as an example had some elements that didn’t work at first but quickly evolved when it realized what worked and what didn’t.

Looking at Twitter, I know Legacies has its detractors. Some might think the Vampire Diaries franchise is tired, but as I said, I feel like this is a totally new thing with the bonus part being that connection. There are the Supernatural fans upset that Wayward Sisters didn’t become a weekly series, which I respect, though I think Legacies is a much easier sell less reliant on its parent series. And then finally, there are the “Julie Plec kills everybody” people. Here’s the thing: If [insert character name here, redacted to prevent spoilers for those who haven’t seen the Vampire Diaries or Originals finales] had lived, you’d expect and want them on Legacies as much as possible. Even now, I can see oldschool fans wanting to see, say, where Caroline/Damon/Bonnie/Elena/the surviving Mikaelsons etc. all are. I respect that, and I’m glad to know they’re out there in the world somewhere, but I’m curious to see this world with their absence. At least we’re getting things like Matt Donovan and Jeremy Gilbert early on, and I’m sure there are more surprises on the horizon. But this is its own thing. 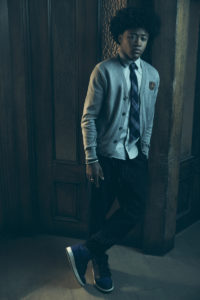 So, no. You don’t need to know The Vampire Diaries or The Originals to follow this show, though having a knowledge of the history is a bonus. (I know I went back and watched the Originals episode “The Tale of Two Wolves,” and it added to the experience, as it would to any new fan). The producers have said the show will start with a “Monster of the Week” format which will only serve to make it easier to get into. But so far, Legacies is exactly the kind of show that The CW has been trying to crack for a while — an enjoyable young cast, an easy-to-follow mythology, and a genre/sci-fi angle that’s not about superheroes. Yes, there’s a Harry Potter/X-Men type feel to the concept, but those concepts have been around for decades. I just Hope audiences enjoy the premiere as much as I did… pun intended. The premiere is called “This Is The Part Where You Run,” but really, you shouldn’t run, because this is actually worth watching.

Legacies premieres at 9PM Thursday, October 25 on The CW.

Rating: A- (the minus for the teen drama I wasn’t feeling. Oh, and Quincy Fouse’s M.G. wasn’t mentioned specifically in this review, but audiences will love him and his friendship with Josie, especially.)