Preview images for the Inhumans episode "Make Way For... Medusa"

ABC has released some promotional photos for the Marvel’s Inhumans episode titled “Make Way for … Medusa.”

Within this episode which boasts a very “Stan Lee and Jack Kirby” inspired title, the search for Black Bolt continues on Earth; meanwhile, Maximus makes bold moves to cement his status as the new ruler of Attilan.

Apparently, the show also succeeds in perfecting the bad wig by cutting off Medusa’s hair. Okay. You can see Medusa (Serinda Swan) in several photos from this episode alongside Not!Felicity Smoak. 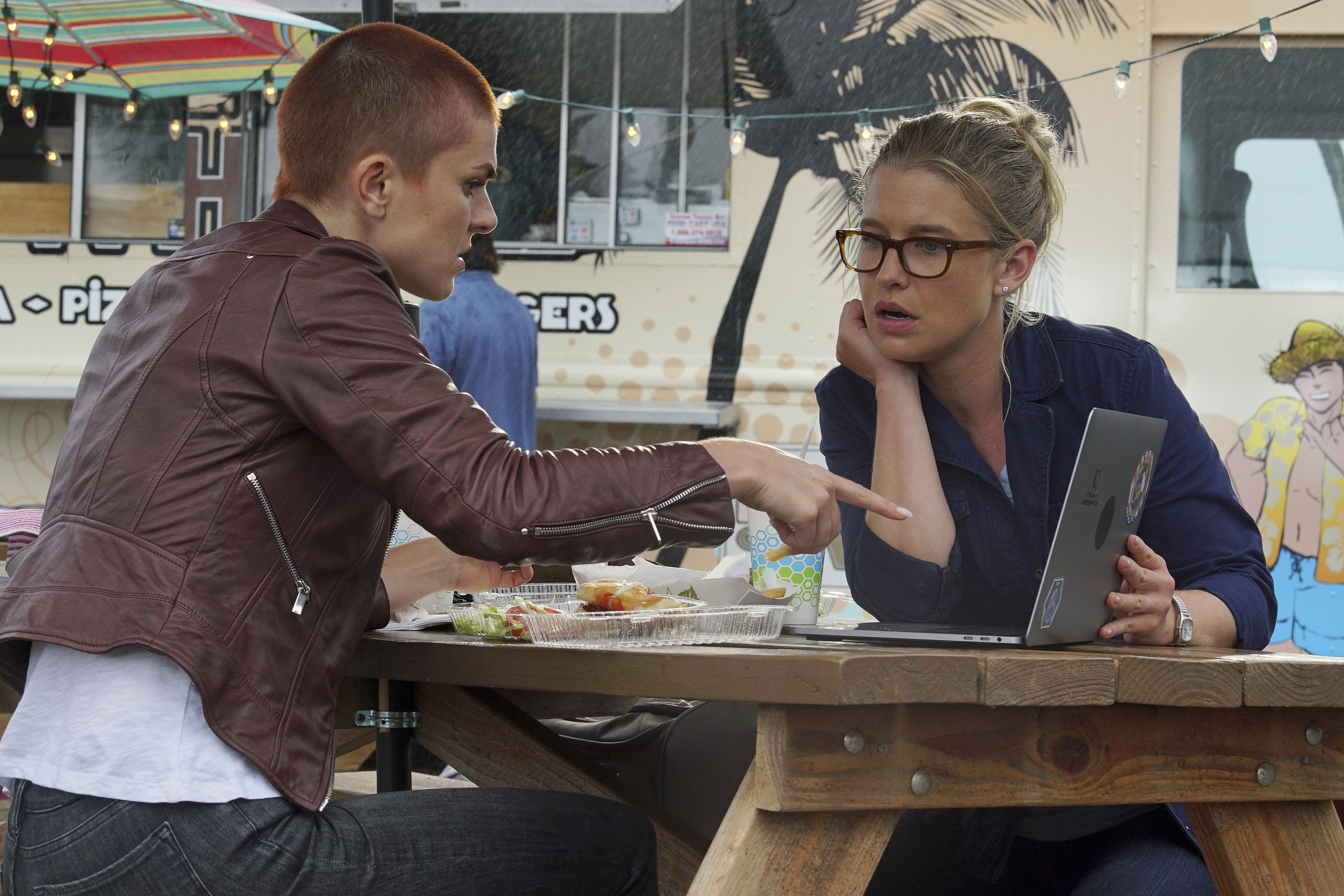 The series is executive produced by Scott Buck, along with Marvel’s Jeph Loeb and Jim Chory with Buck serving as showrunners. This series is a Marvel and IMAX project and is co-produced by Marvel Television and ABC Studios.

“Make Way for … Medusa” was written by Wendy West and directed by David Straiton.