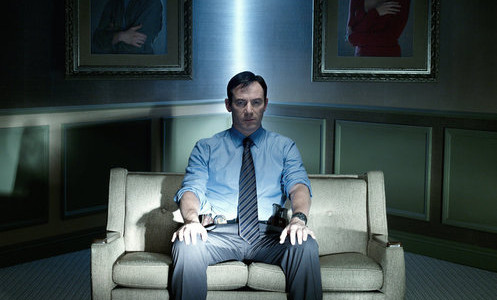 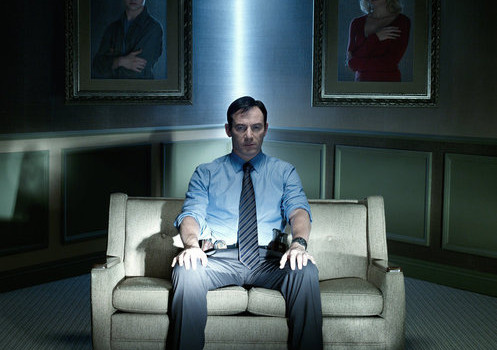 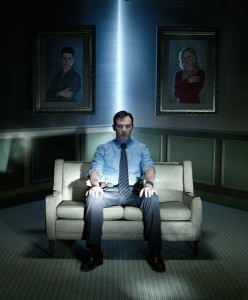 NBC is showing the first episode of Awake tonight, and if you’ve seen it, you’re probably wondering what’s happening next.

Although the network has yet to unveil new promotional photos for the next two episodes, they have released official descriptions so we’ll know what to expect. Here they are:

Episode 2 is called “The Little Guy,” and airs on March 8:

WHERE DO WE GO FROM HERE? – LAURA INNES (‘ER,’ ‘THE EVENT’) GUEST STARS — Detective Michael Britten (Jason Isaacs) continues to deal with his parallel versions of reality. In one world he’s looking for ways to reconnect with his son, Rex (Dylan Minnette), by offering him some normalcy while they deal with his mother’s death. In the other, Britten works to understand the emotions that his grieving wife, Hannah (Laura Allen) is going through. Meanwhile, a witness in the murder of a homeless man tells Britten and his rookie partner, Vega (Wilmer Valderamma) that a “small guy” was spotted at the scene of the crime. When that clue crosses over into the case Britten is working on in his other reality, Bird (Steve Harris), is confused by his partner’s sudden interest in the height of the suspects they are investigating. Meanwhile, Britten’s captain, (guest star Laura Innes) shows growing concern over his behavior. Later, the events surrounding the fateful accident that changed Britten’s life come into question and throughout, Dr. Lee (BD Wong) and Dr. Evans (Cherry Jones) continue to present their dueling theories on Britton’s condition.

PRESUMED INNOCENT – Detective Michael Britten’s (Jason Isaacs) two worlds spin out of control when his son Rex (Dylan Minnette) is kidnapped by an escaped convict, Cooper (Clifton Powell), a man Britten arrested 10-years ago. In his other reality, Hannah (Laura Allen) is upset that Britten cannot attend an event honoring their deceased son because he is tracking down a missing teenage boy. Clues from both worlds lead to a confrontation that calls Britten’s sanity into questioned. BD Wong, Cherry Jones, Steve Harris and Wilmer Valderrama also star.

If you want to talk about Awake with other fans, come by the thread on the KSiteTV forum!