DC Comics icons Hawkman (Falk Hentschel) and Hawkgirl (Ciara Renee) will be coming to The CW’s upcoming series DC’s Legends of Tomorrow, which will premiere at midseason, but before that happens, the duo will be appearing on Arrow and The Flash crossover event that will likely be airing in November.

This morning, The CW provided us with a first look at the winged warriors… without their wings. In any event, even without wings, these outfits look pretty cool, don’t they?

For more on DC’s Legends of Tomorrow, the upcoming series that will send several DC Comics characters through time, visit DCLegendsTV. 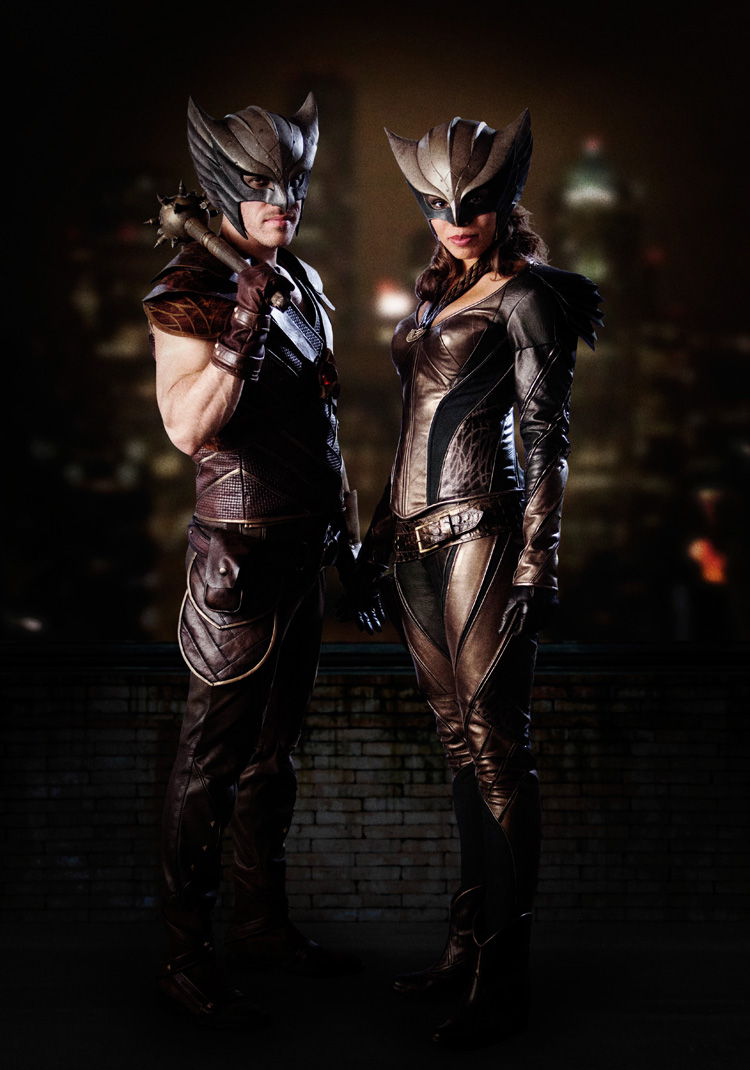