“First Responders” is the title of a new episode of 9-1-1 airing tonight (May 3) and FOX has released some photos, a description, and cast list including guest stars to promote it. Here’s how the episode is described; the cast list and gallery follow below. 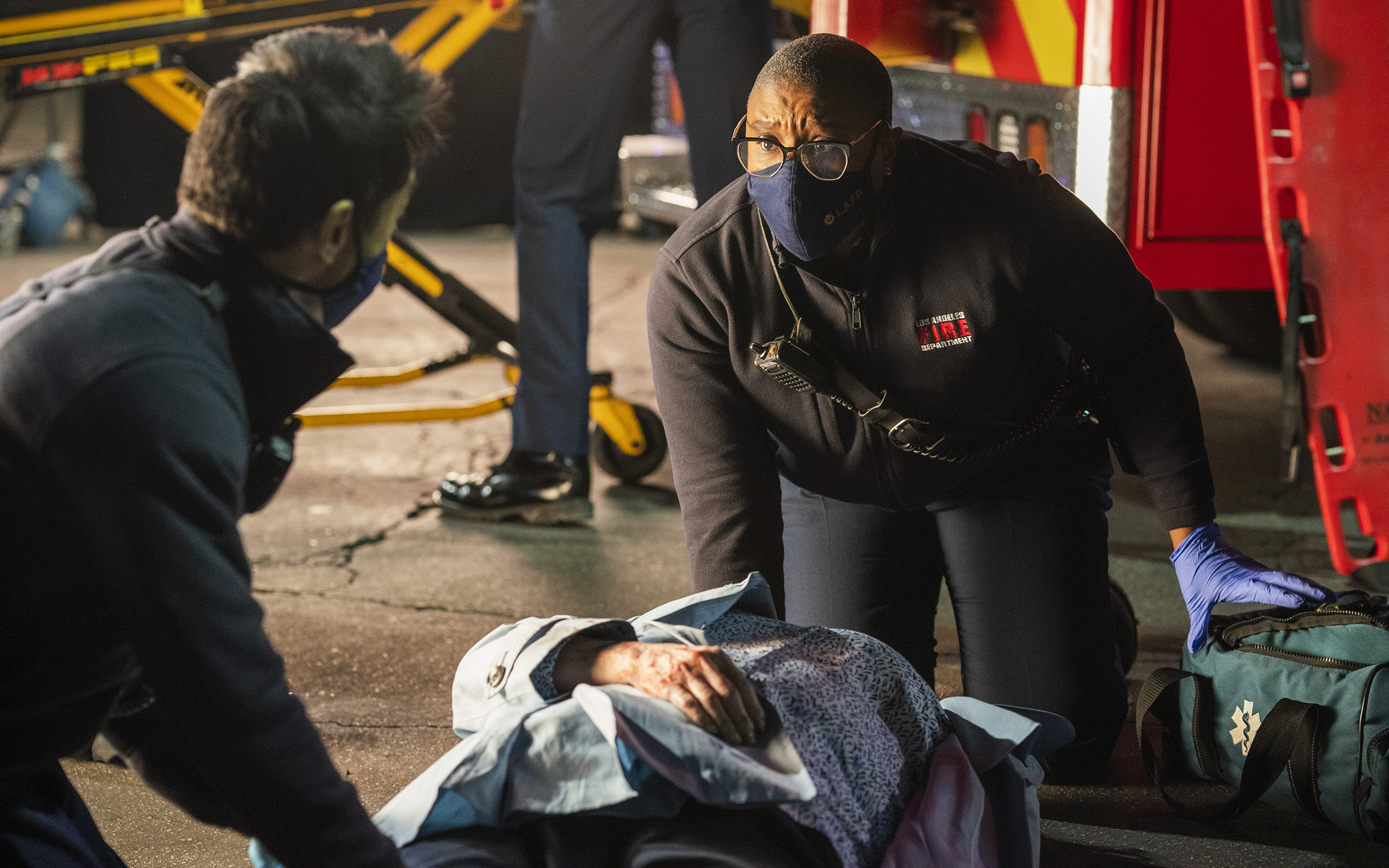